In 1731 a fire swept through Blandford Forum in Dorset and destroyed most of the town. The task of rebuilding was given to two memorably-named brothers, William and John Bastard, who combined the roles of architect, surveyor, carver, and designer of plasterwork. The Bastards created one of the most beautiful town centres in England, with a Market Place lined with finely detailed houses, a grand Town Hall, and a large church at one end. The streets leading off the Market Place were also rebuilt. 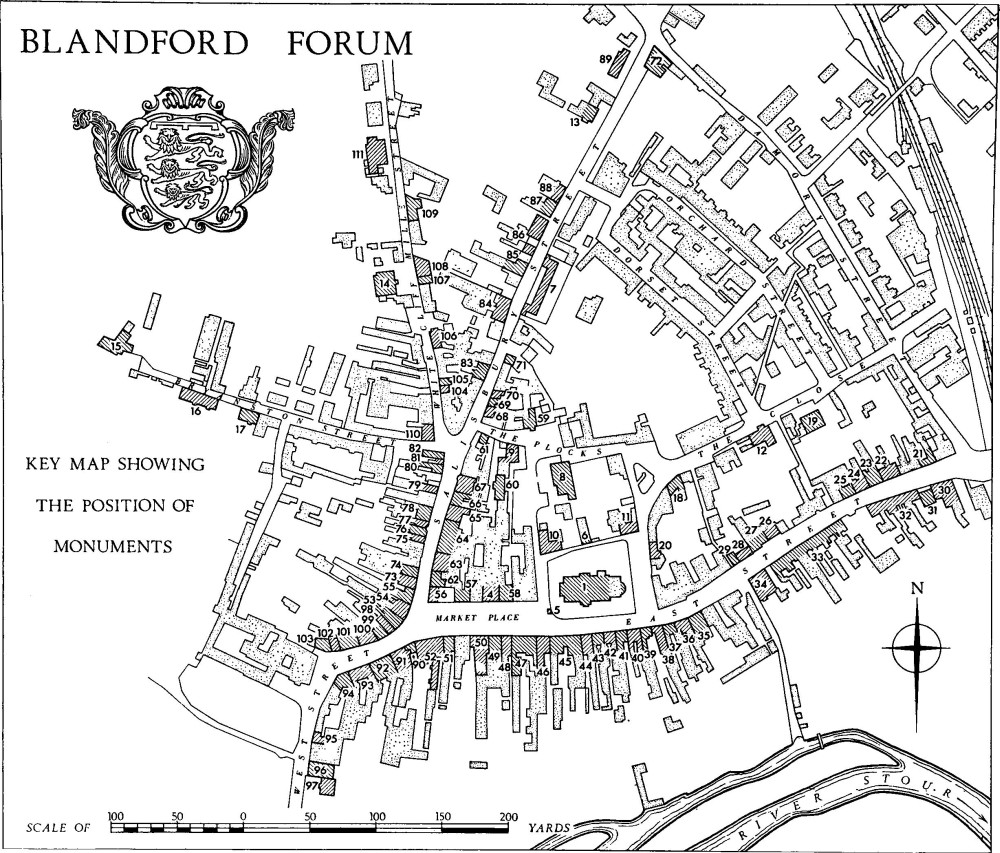 A map of Blandford Forum showing the buildings destroyed in the fire.

The Red Lion inn was part of this rebuilding.  Facing the market square and church, the inn was a three storey building with baroque features behind which coach buildings were constructed along the medieval burgage plot (a lane extending to the rear).  When the business of catering for travellers fell into decline, the inn moved to the house in the lane where it was present until the 1990s.  The house was bought and sympathetically repaired and restored (and the bar removed!).

The house retains many of its original features and has a beam supported ceiling in the living room, which also has a large fireplace, to the high corniced ceilings of the upper sitting room. There are fireplaces in most of the rooms with one of those on the first floor being noted in material on local history and dated around 1750.

Back to The House